Flowgy collaborates with CSIC in the research of the respiratory system in human evolution. 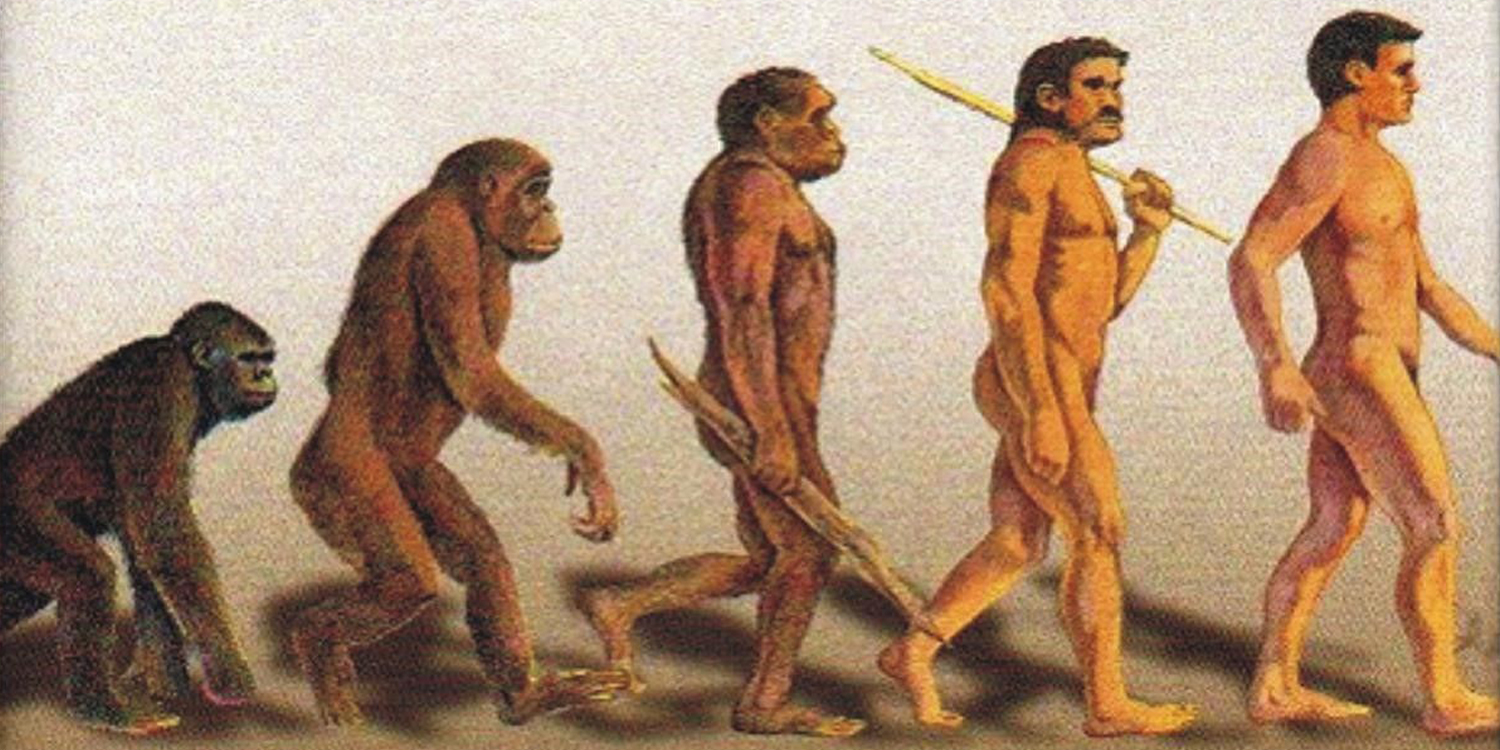 In close collaboration with Dr. Bastir's laboratory - one of the most specialized in the country in virtual paleoanthropological morphology and evolution of respiratory function and its paleophysiological implications - Flowgy Innovation brings its contribution with the digital creation of three-dimensional meshes that are used in the reconstruction of nasal soft tissue in fossil humans by geometric morphometry, as well as in the analysis of air flow in the reconstructed models. 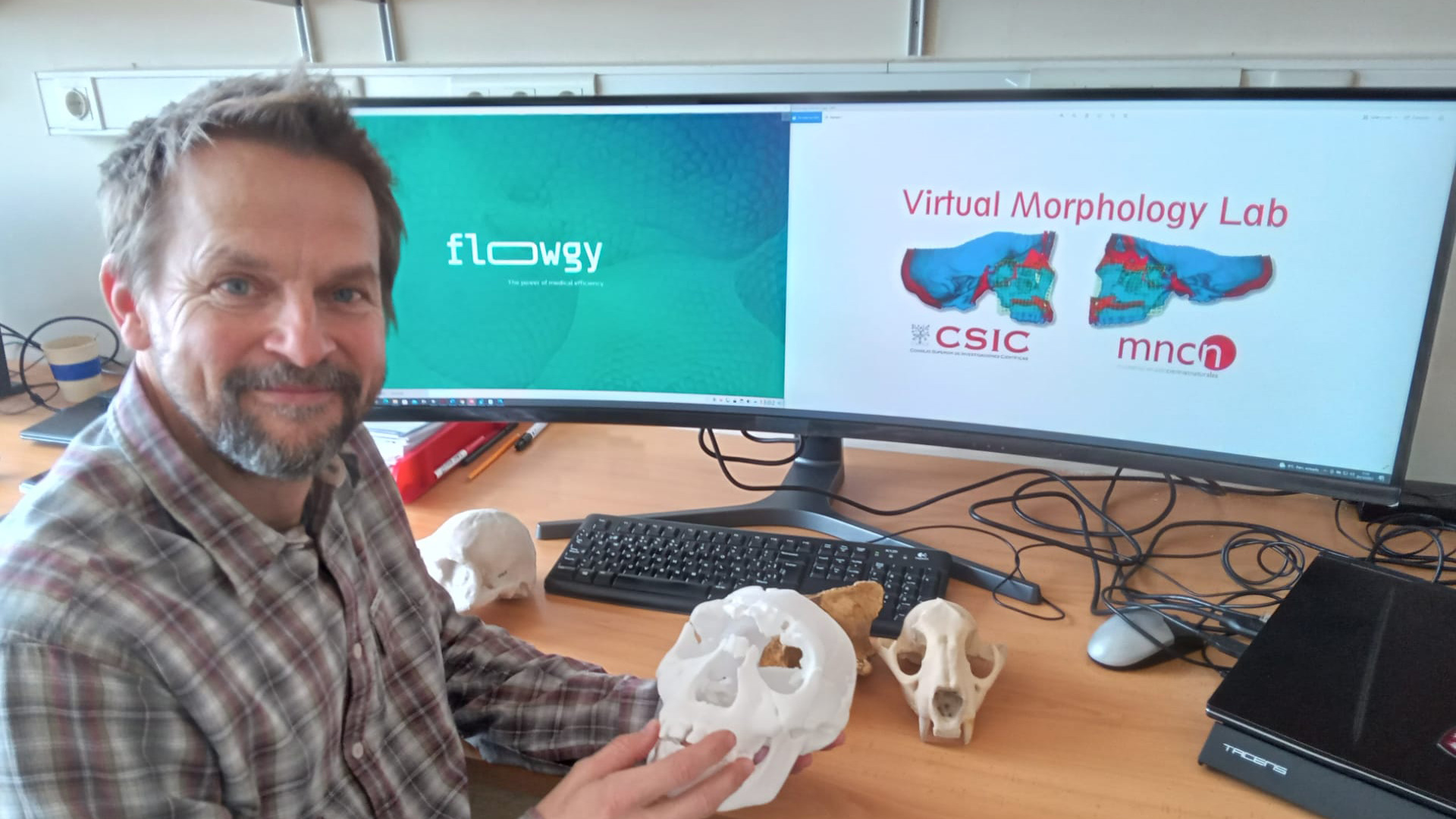 Study of the morphological variation and functionality of the nasal cavity in present-day humans and chimpanzees.

One of the main objectives of the CSIC-Flowgy collaboration is to analyze the morphological and functional differences in nasal anatomy between Australopithecus and the first representatives of the genus Homo.

As a first step in this line of research, the researchers have analyzed in three phases and compared the nasal cavities of 10 chimpanzees (Pan troglodytes) and 10 current humans (Homo sapiens), since their morphological differences can be used as an approximation to the reduction of facial prognathism that occurred in the evolutionary transition between Australopithecus and early Homo.

The results obtained show significant but subtle differences in air handling between the two taxa. This could potentially suggest that the morphological variations observed in the nasal soft tissue respond to evolutionary changes in the skull in a process of anatomical integration, in which the modifications of the upper airways would contribute to maintain the minimum respiratory capacities in physiological terms.

In conclusion, this research lays the groundwork for future research in Evolutionary Medicine, which will delve into the form-function relationship of these structures in the human evolutionary scenario as well as the functional implication that evolutionary facial reduction may cause in contributing to current respiratory pathologies. 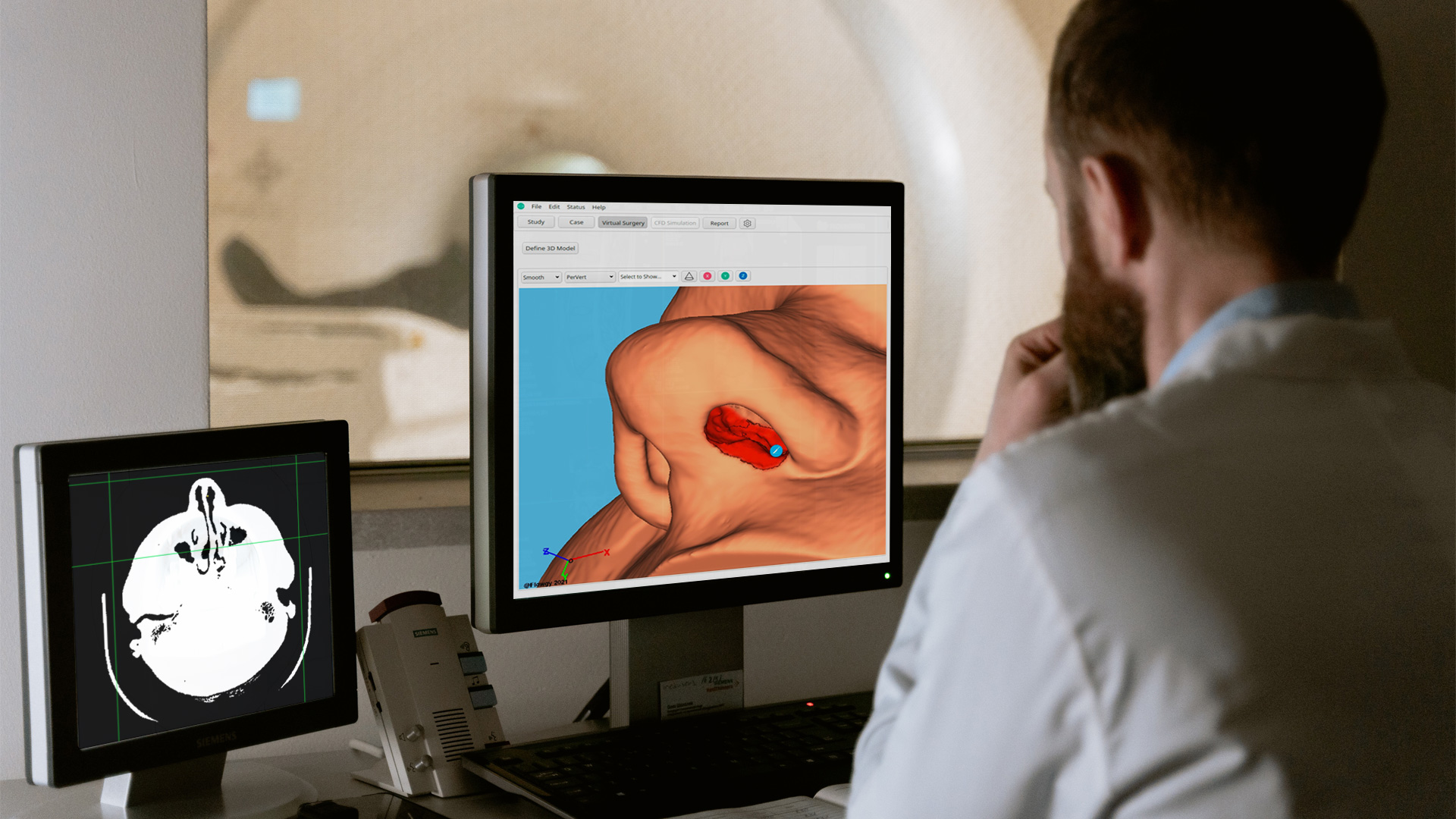 Virtual surgery: the revolution of nasal surgery in the ENT world. 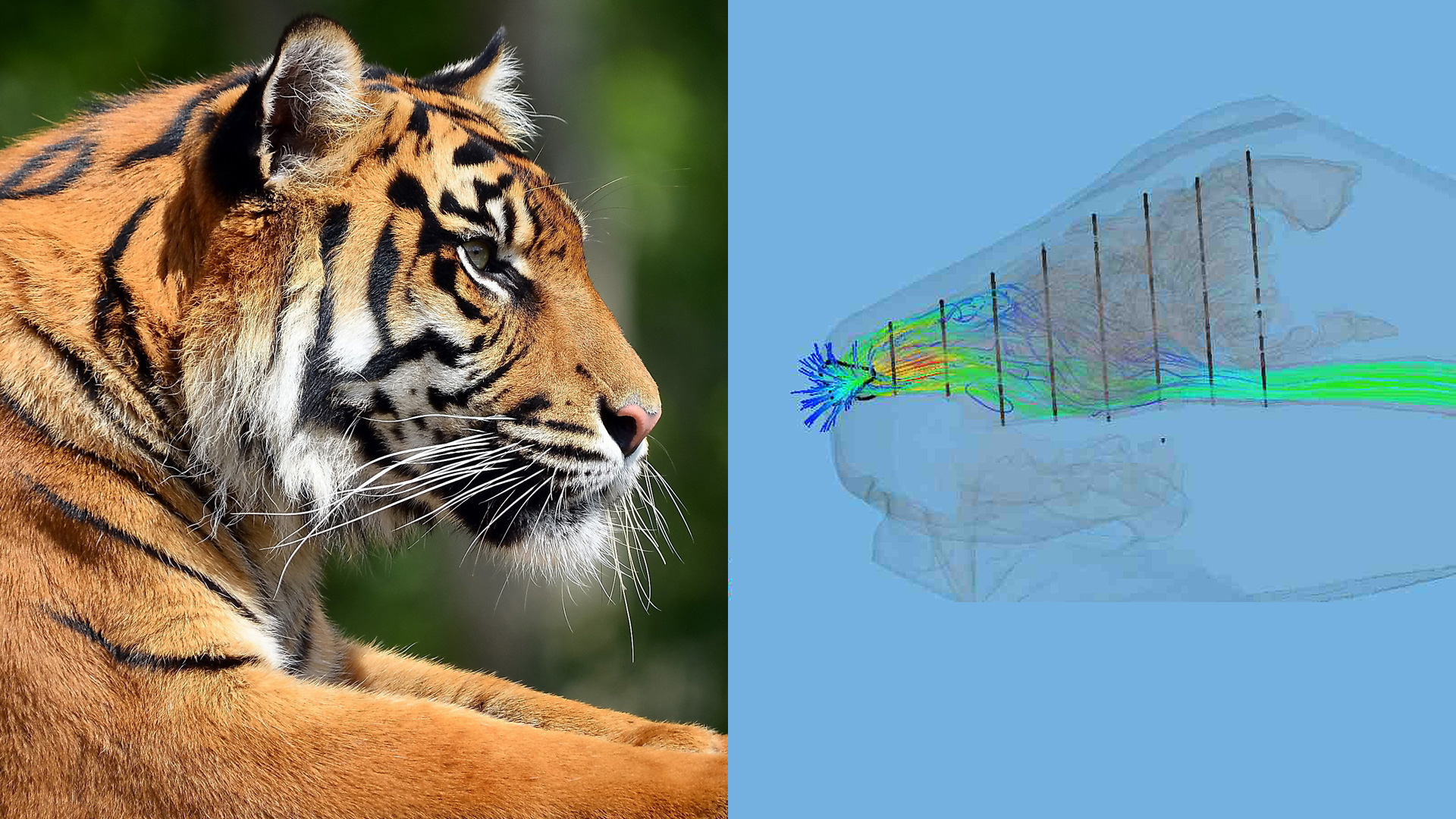 Collaboration between Dr. Alejandro Pérez and Flowgy for the paleophysiological and biomechanical study of extinct species.